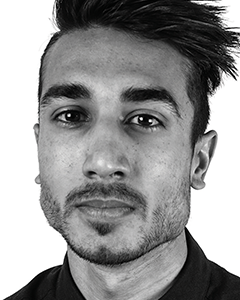 With his natural ability to freestyle, classical training in music and understanding of hip-hop dance styles, Steve produces a unique form of urban choreography and dance. Steve’s competitive dance career started in 2011 with ‘TheTribe’ Dance Crew. He began to travel and train with some of the world’s best choreographers in New Zealand, Singapore, Malaysia and the Eastern States of Australia. In 2013, Steve became a Co-director of ‘theTribe’ and it’s Varsity team ‘Prodigy’, which together formed TRIDGY. TRIDGY consisted of 23 members, from ages 15-30yr. TRIDGY placed in the top 10 in the international division of Supremacy Battlegrounds in 2014. Steve is now a member of the all-male crew ‘Those Guys’. He has performed in various corporate events, performances and shows, including opening for such artists as Omarion, Ciara (Lawrence Kaiwai show), Chingy and Fabulous. In addition, he is a member of Perth’s newest collective of artists – ‘Cultural Renegades’, whom after multiple sold out shows, have just returned from the Perth and Sydney Fringe Festival. Steve has built a strong reputation as an urban dancer and instructor, which has enabled him to teach classes and workshops for many of Perth’s dance studios and events.